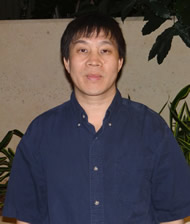 Adipose tissue dysfunction contributes to ectopic lipid accumulation in non-adipose tissues such as blood vessel, liver and muscle which may link obesity to several health problems including increased risk of insulin resistance, type 2 diabetes, cardiovascular disease and fatty liver disease. Ectopic lipid accumulation is a result of either impaired adipose tissue function or impaired adipogenesis. However, not all obese individuals develop obesity-related metabolic or cardiovascular disorders; this is potentially due to preserved normal adipose tissue expansion and function, which is supported by the therapeutic effects of PPAR

agonist (TZD) and the metabolic phenotype of adiponectin overexpression in ob/ob mice. Induction of adipogenesis is a key event in adipose tissue expansion in response to fat accumulation. In this proposal, adipogenesis will be used as a model to study the epigenetic regulation of lipid metabolism by histone deacetylase 3 (HDAC3). Our preview data suggests that HDAC3 is involved in the mediation of NF-kB effect in the control of PPAR

function in vitro. The role of HDAC3 in the regulation of adipogenesis has not been tested in vivo. We hypothesize that HDAC3 may mediate NF-kB effect in the control of adipogenesis. We will test our hypothesis by investigating HDAC3 function in vivo in transgenic mice with NF-kB p65 overexpression (aP2-p65) or p65 knockout (with adiponectin-Cre) in fat. We will generate adipose tissue specific HDAC3 knockout mice with adiponectin-Cre and study the phenotype of these mice. All these methods have been used in our previous studies. Results from this proposal will have a potential pharmaceutical target for prevention or treatment of lipid disorder (lipotoxicity) related diseases by the new epi-drugs.