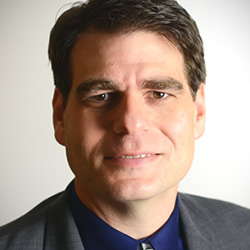 According to the National Institute of Diabetes, Digestive and Kidney disease, diabetes affects 25.8 million people in the United States, representing 8.3% of the U.S. population.  It is the seventh leading cause of death as well as a major cause of heart disease and stroke.  The primary intervention used to limit these complications is the control of blood glucose levels, more specifically the reduction of glucose levels towards normal levels. Common treatments aimed at countering hyperglycemia in diabetic patients often have the unintended consequence of producing hypoglycemia when the target of euglycemia is overshot.  In response to hypoglycemia, the autonomic nervous system directs physiological and behavioral countermeasures which restore blood glucose to normal levels. Unfortunately, repeated bouts of hypoglycemia often lead to the loss of this critical homeostatic mechanism.  This renders diabetic patients unusually susceptible to progressively severe bouts of therapeutically induced hypoglycemia. These hypoglycemic crises are a major impediment to the maintenance of healthy plasma glucose levels in these patients. Given the increasing prevalence of diabetes, it is vital to gain a better understanding of the mechanisms by which the body’s response to hypoglycemia becomes aberrant in this patient population.  Furthermore, there are also significant gaps in our scientific understanding of the mechanisms by which hypoglycemia is detected in normal individuals, which further inhibits our ability to treat diabetic patients.

In both diabetics and non-diabetics, the body responds to severe hypoglycemia through a series of well-studied physiological responses.  These include increases in serum levels of glucagon and stress hormones, increased food intake, and an overall increase in the activation of the sympathetic nervous system.  These responses are instigated following detection of low serum glucose by glucosensitive cells within the brain, which are sensitive to blood glucose levels.  Until recently, it was thought that these cells were neurons, but recent findings suggest that neurons may not be the only cells responsible for sensing hypoglycemia.  These studies suggest that another type of brain cell called astrocytes may also be involved in the detection of hypoglycemia.   Astrocytes are traditionally thought of as supportive cells in the brain, yet emerging evidence indicates that astrocytes may actively participate in information processing in the brain as well as detection of blood borne substances.  My COBRE project focuses on testing the hypothesis that brainstem astrocytes actively participate in the detection of hypoglycemia and are necessary for the homeostatic response to hypoglycemia.  The brainstem is an area of the brain responsible for the control of basic bodily function such as heart rate and digestion, as well as glucose homeostasis.  Recent findings in my laboratory as well as others, have demonstrated that brainstem astrocytes are capable of actively signaling in response to blood borne agonists, including changes in glucose concentration.   My research is currently focused on determining what genes are involved in astrocyte glucodetection.  Using single cell gene analysis, we are currently determining if glucosensitive astrocytes in the brainstem express genes commonly associated with cellular glucodetection, such as the type 2 glucose transporter, glucokinase, and the ATP sensitive potassium channel.  The results of these studies will provide novel insights into the mechanisms of brain glucodection.  A better understanding of these mechanisms is critical for further progress towards healthier maintenance of blood glucose levels in diabetic patients.