Project: The Effects of Oncostatin M on the Adipose Tissue Extracellular Matrix 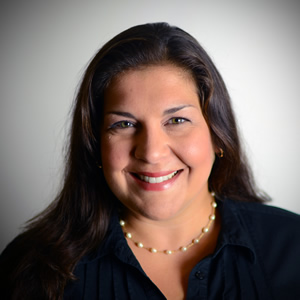 Adipose tissue (AT) is a major energy storage site that undergoes constant turnover in response to excess energy intake. Normal AT remodeling requires a balance between the synthesis and degradation of a complex network of extracellular matrix (ECM) proteins. Disruption of this balance, as seen in obesity, can lead to AT fibrosis and inflammation. Fibrosis is characterized by abnormal collagen accumulation and associated with infiltration of AT with macrophages and other immune cells. In obesity, AT fibrosis exacerbates both adipocyte dysfunction and systemic insulin resistance. Adipocytes maintain their metabolic function, in part, by communicating with the AT-ECM. The AT-ECM was once thought to serve only as a cell scaffold, but is now recognized as an interactive network that influences cytokine activity and mediates cell signaling. My current research interests center around understanding how changes in the AT-ECM can affect adipocyte function and AT homeostasis.

We have recently discovered that oncostatin M (OSM), a gp130 cytokine, is produced by AT immune cells and up-regulated in mouse and human obesity. Unlike any other gp130 cytokine, OSM has its own specific receptor, OSMR, that heterodimerizes with gp130 to mediate most OSM effects. Many OSM effects are transduced through JAK-STAT pathway activation. Elevated OSM levels are found in a variety of inflammatory and fibrotic diseases in humans and animals. Recent studies from our laboratory have shown significant elevations of OSM in AT of obese mice and humans, and that the main source of OSM in murine AT is macrophages. Bioactive OSM can directly bind ECM collagens and fibronectin, an effect that is not observed with any other gp130 cytokine. We have created a novel adipocyte-specific OSMR knockout mouse (OSMR FKO). These mice become insulin-resistant and glucose intolerant after high-fat diet feeding, and exhibit increased adipose tissue OSM expression and a pro-inflammatory and pro-fibrotic AT transcriptional program. These new and exciting data support the overall hypothesis that loss of adipocyte OSMR signaling disrupts normal adipose tissue homeostasis and promotes AT fibrosis and insulin resistance.

In the proposed studies for the COBRE project, we will conduct detailed metabolic phenotyping of OSMR FKO mice in addition to assessing adipocyte substrate utilization and contributions of AT stromal vascular cell populations to the AT phenotype of OSMR FKO mice. We will also create an inducible OSMR FKO mouse in order to assess the acute versus chronic effects of adipocyte OSMR depletion on obesity. Since previous evidence demonstrates binding of OSM to fibronectin and collagens in bioactive form, we will also determine if OSM-collagen or OSM-fibronectin interactions occur in AT and whether they could be partially responsible for the disrupted AT homeostasis observed in our OSMR FKO mice. We will use adipocyte-specific OSMR knockout mice, along with tissue imaging, next-generation sequencing, and 3D-cell culture models, to test our hypothesis with the following two specific aims:

The information provided by these studies will provide new insight regarding: 1) interactions between the AT-ECM and cytokines in obesity, and 2) the physiologic role of OSM in AT homeostasis.